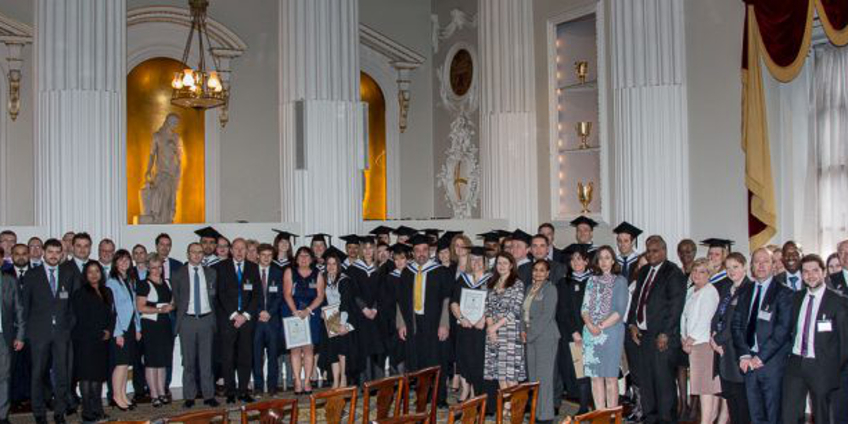 A silver salver is presented to the best student of his year, on the recommendation of the Director of the Institute of Export. Selection in September and awarded in November. Winner invited to become an apprentice.

This prize originated in 1993. The Silver salver is engraved with the winner’s name, but he/she is only allowed to retain it for a limited period, usually being asked to return it at the Carol Service. Originally, an armada dish (replica) was also given, but this was dropped with the introduction of the apprenticeship scheme. The Master is invited to attend the annual Prize-giving ceremony, usually at the Mansion House, in the presence of the Lord Mayor.