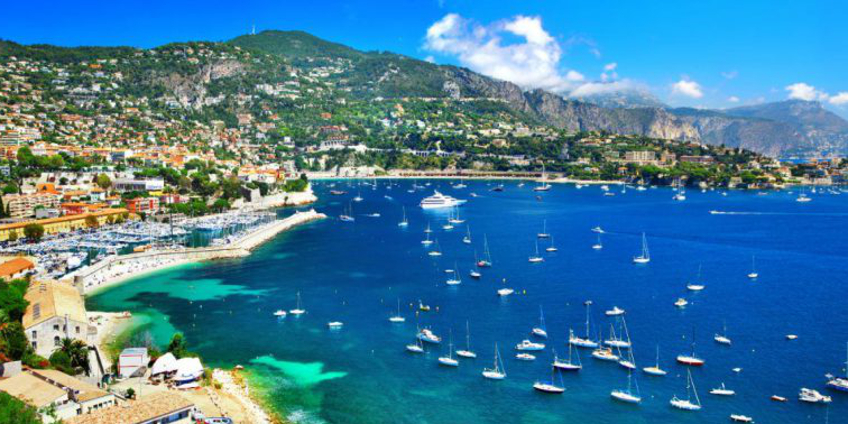 32 World Traders and their Partners joined Master Wendy Hyde CC in Nice for a 3 day tour at the beginning of June.

After a welcome evening dinner at La Perouse Hotel, where most of the group were staying, there followed a morning’s walk around the Old Town before a delegation of 22 called on the Chambre de Commerce et Industrie of the Alpes Maritimes, ie the Region around Nice. The visit was arranged by Liveryman Jean Claude Banon, a former President of the British-French Chamber of Commerce.

World Traders were given detailed presentations – in flawless English! – concerning the technological hubs in the Department which have extensive links with UK businesses and academic institutions. Later, Senior Warden Robert Woodthorpe Browne explained the debates around the UK Referendum on EU membership, at the request of our hosts. Other delegation members contributed views and answered questions.

The day ended with dinner in one of the Master’s favourite restaurants, and the next day involved a visit to the hilltop village of Peillon with a long time to the top. A large lunch at the Auberge de la Madone. In the evening we visited Villefranche sur Mer, and had a guided tour of the Jean Cocteau-decorated chapel and dinner at the famed Mere Germaine restaurant.

The Sunday involved a visit to the sumptuous Villa Ephrussi and amazing gardens in Saint Jean Cap Ferrat, built by an early 20th Century Rothschild heiress, and then a view from the Moyenne Corniche at Eze Village. Very touristy.

The visit ended with a trip to Saint Paul de Vence, although poor weather meant that half of the party preferred an early start to the farewell celebrations. An intrepid band were given a private view of Jean Michel Folon’s Chapelle des Penitents and wandered passed the artist galleries which seem to be every other doorway.

World Traders foreign visits are an excellent way of fostering fellowship, and this one was no exception.