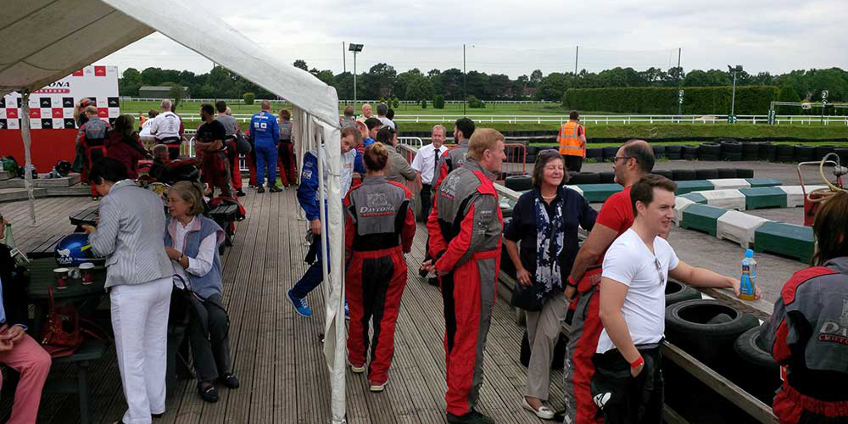 For the second year in succession, the Glovers Company organised an inter-Livery Go-kart race at the Daytona track at Sandown Park on 19th June. For the first time, World Traders were added to the competitors list with Past Master Mark Hardy and his Wife, Mary, and Liveryman Louis Plowden-Wardlaw and a friend comprising our team. They were supported by the Master, the Senior Warden and Barbara Woodthorpe Browne, Junior Warden-elect Edwina Moreton, and Louis’ 10 year old son and go-kart fanatic, Euan, celebrating Father’s Day with Dad.

The event, in which the Shrieval team of Bowmans and Rigdens competed, was in aid of the Lord Mayor’s Appeal, and it was he who presented the prize to the Barbers Company, with the host Glovers junior team as runners up, and his own Shipwrights pleasing him with a third place. The toilet seat for bad behaviour was won by – the Shrieval team!

Sadly the World Traders were also-rans. If the event happens next year, it will not be unrehearsed by the 2017 World Traders team.