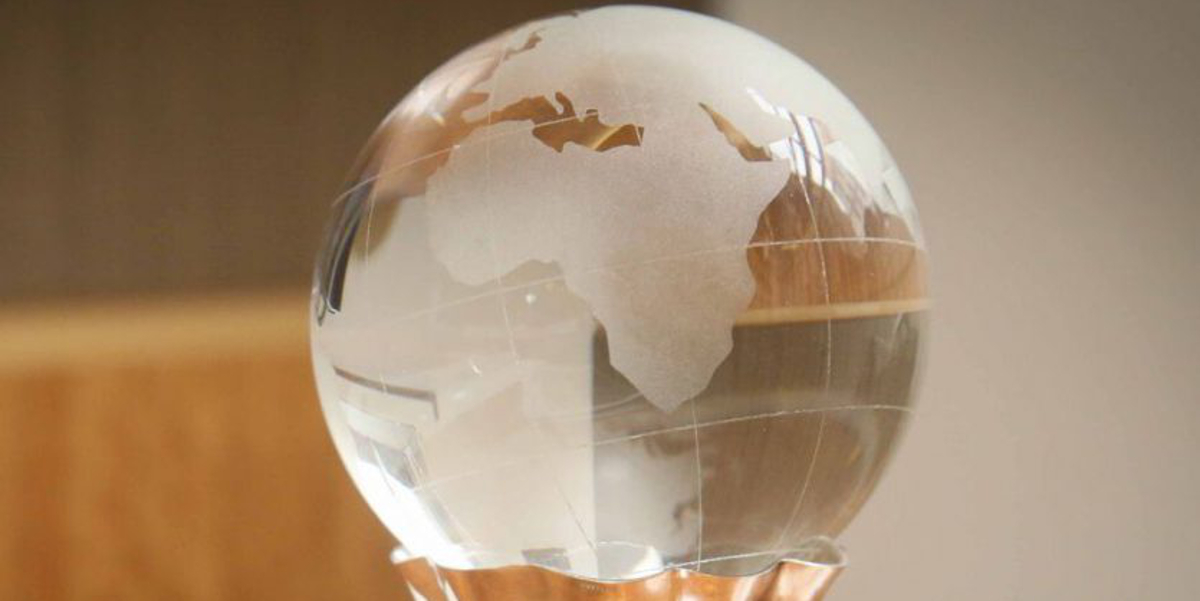 A dictionary definition of a totem is “a natural object or animal that is believed by a particular society to have spiritual significance and that is adopted by it as an emblem.”  Freemen and Liverymen who have been sworn in at the City of London Chamberlain’s Court have seen a range of bric-a-brac around the room.  The Scriveners have a quill feather in the room.  The Information Technologists have ‘donated’ a Raspberry Pi teaching computer.  The Masons a worked stone.  In fact most of the 100 livery companies have donated something, giving the edges of the room a feel reminiscent of an elderly aunt’s drawing room.  These are their ‘totems’.  Or even their Talismans – “an object, typically an inscribed ring or stone, that is thought to have magic powers and to bring good luck”.

Tall tales are told over these totems or talismans.  For example, the Woolmen have, naturally, a fluffy toy sheep but the Clerk’s tale, erroneously, refers to Woolmen restarting driving sheep over London Bridge.  World Traders must ever-remember (wagging finger here) that Past Master Robert Alston and his Wife Pat together with John Burbidge-King and a team of overstretched helpers organised the first Modern Sheep Drive in 2008 during the Mayoralty of Sir David Lewis, a Welsh hill sheep farmer.

This year’s Master, Michael Mainelli, had always felt jealous attending the ceremonies of other liveries as the Chamberlain or his Clerk would move to point out some inspired gimcrack that livery had donated.  Michael wanted the World Traders to have a ‘totem’ of our own.  But what could it be?  With all the other baubles and trinkets there is hardly room for a spare planet or two.

Your Court took a ‘deep dive’ into our Treasury and created the perfect item.  Founding Master Peter Drew OBE (1985-1987) had donated a silver money bag after his term of office.  The moneybag had been made by a silversmith working in St Katharine’s Dock, which is where our livery began.  Inscribed on the bottom  was “Presented to the Guild of World Traders by the Founding Master Peter Drew OBE 13 December 1990”.

Too small to be vases, too large for ashtrays, cute as the silver moneybag may seem, we’ve never known what to do with it.  Struck with an idea, and after a few failed attempts trying to emulate Slartibartfast from the Hitchhiker’s Guide To The Galaxy and carve his own world (though the Master in his vanity believes his fjords were better), Michael bought a world off Amazon, mounted it, and ‘Bob’s your uncle, instant totem. 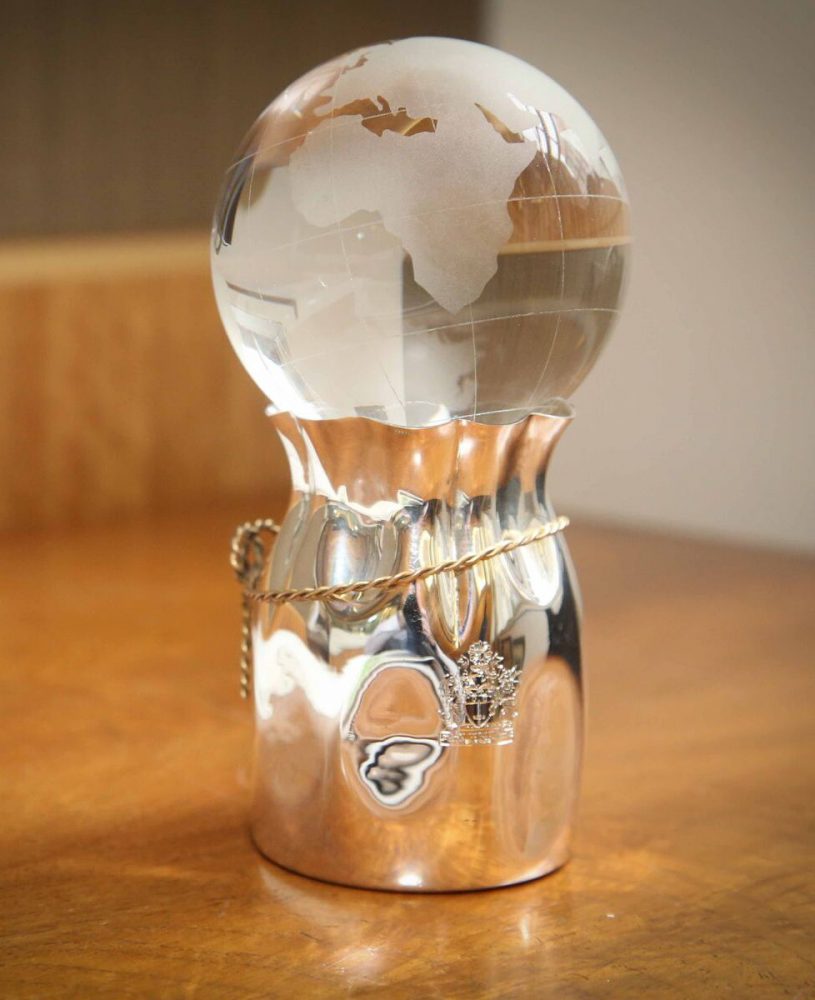 On Tacitus Day there was a Freedom Ceremony for our guest, Dr Nathan Myhrvold.  Wendy Drew, Peter’s widow, and Michael took the opportunity to present our totem to the Remembrancer, Paul Double, and the Clerk to the Chamberlain’s Court, Murray Craig.  Wendy began the presentation with some of the background and handed our totem to Michael: 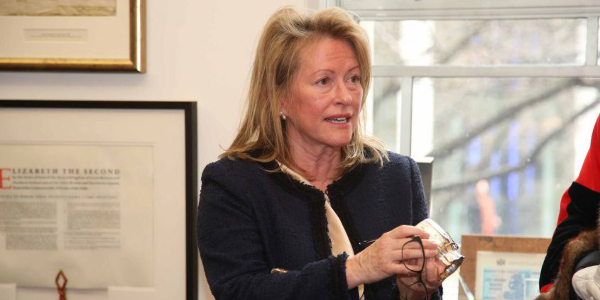 Michael presented our totem to the Remembrancer in front of our guest Dr Myhrvold: 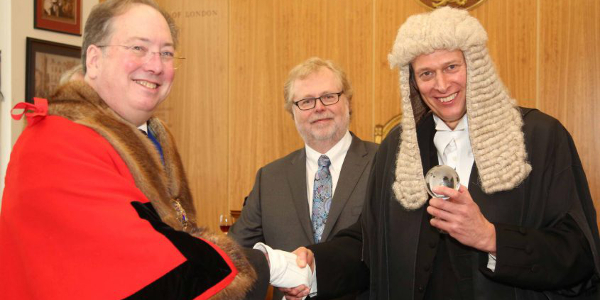 Who instantly handed our Totem to the Clerk (note face of true astonishment): 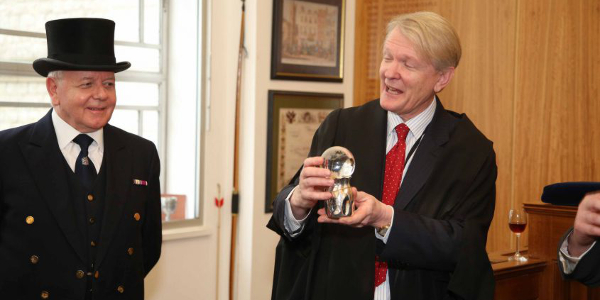 Who handed it to the Beadle, who placed it on the windowsill.  And hey presto, Instant Dust Collector!  Keep an eye out at the next Freedom Ceremony you attend.