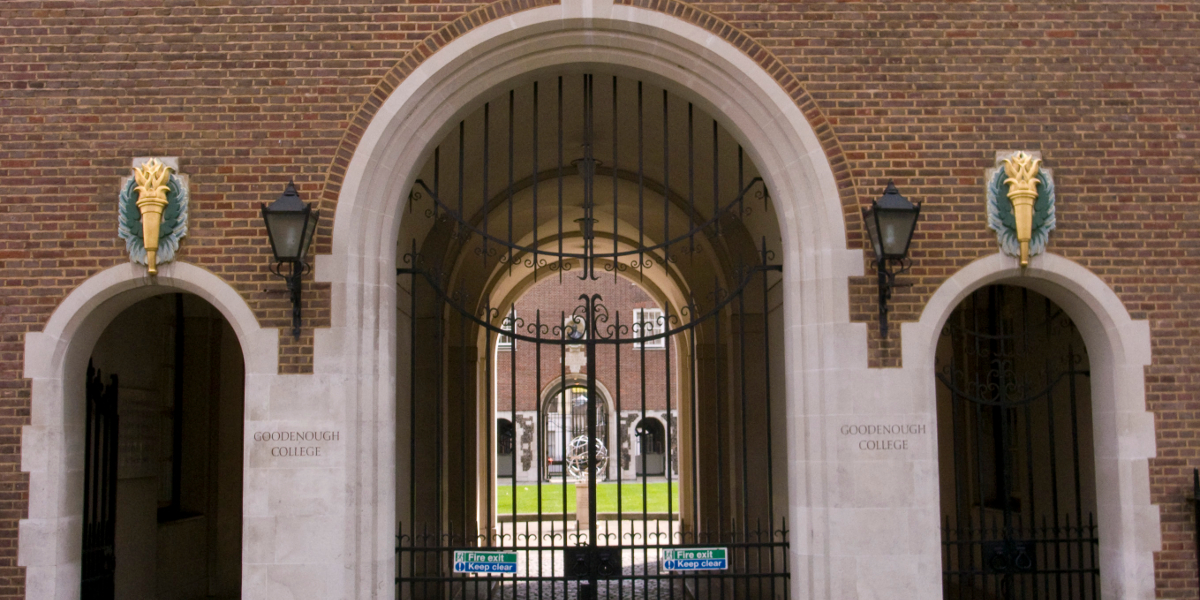 In line with our “Technology & Trade” theme this year, we held a special event at Goodenough College on Wednesday, 21 March.  Merlene Emerson and Lars Andersen structured a fantastic debate on the “Future of Work” chaired by Richard Burge of the Commonwealth Enterprise Investment Council ahead of the Commonwealth Heads of Government Meeting (CHOGM) and Commonwealth Business Forum (CBF) in April.  Lesley Batchelor and Nick Mayhew teamed with two Goodenough students in a discussion that highlighted the importance of life-long learning, innovation, creativity & soft skills which can’t be replaced by robots.  Nearly 100 members and students had a wonderful evening full of good discussion about the future of work, as well as some excellent drinks and refreshments.

In the run up to the Commonwealth Heads Of Government Meeting in London in April, the World Traders chose the topic of the Future of Work with a controversial motion for a friendly debate:
“Are students of today educating themselves into a life of unemployment”?

Guests, comprised of World Traders as well as students of the College, were welcomed by Eric Tracey who presided in his dual capacity as Chairman of the College as well as a World Trader.  Whilst Richard Burge of CWEIC (Commonwealth Enterprise and Investment Council) introduced the speakers and moderated the verbal battle of wits. 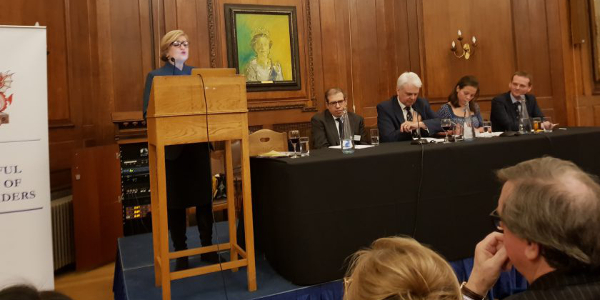 The opening salvo came from Nick Mayhew, World Trader, speaking for the motion, painting a world (like the Beaker people of the past) where estate agents, lawyers and accountants may be made redundant by intelligent computers. “Hands up anyone who uses a smart phone” he asked.  Already we are delegating many of the tasks of a personal assistant to our own phones.  Take heed he said, education needs to teach us who we are, in order that we know how we can compete against future Super Intelligence.

Lesley Batchelor OBE spoke next against the motion. Drawing on history for context: in 1900 half of workers in France were farmers, whereas today less than 3% are; in 1970s America a quarter of workers were involved in manufacturing, but less than 10% today.  On the other hand, new jobs for mobile apps have been created, and innovation and technology continue to create more and better with less!

It was however the students who wowed the audience with their passion and flair. Evgenia Markova, a Structural Biologist and Chair of the Debating Society at Goodenough, rejected the future of science fiction. She called for a more dynamic educational system that can adapt to changes, otherwise society would be doomed with high rates of unemployment.  Edward Einhorn, a mature student who is pursuing a Masters in Opera production, also hailed education and innovation as our hope for the future. 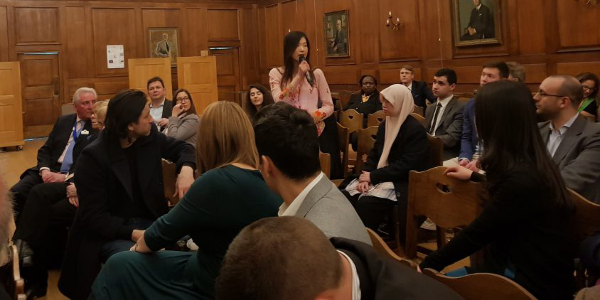 Following a lively Q&A with audience participation, our Master, Alderman Professor Michael Mainelli,brought proceedings to a close with an excellent address that encapsulated the theme of AI and technology. He closed by  thanking all involved in the event and congratulated the winning side, which, by a clear show of hands, were the team in favour of a brighter future with our young people of today still engaged in useful employment! 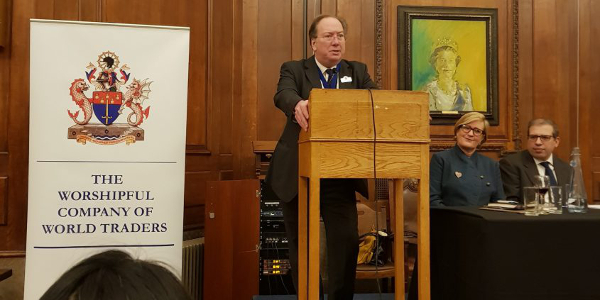