In The Neck Of It – Our Tour Of The Crick 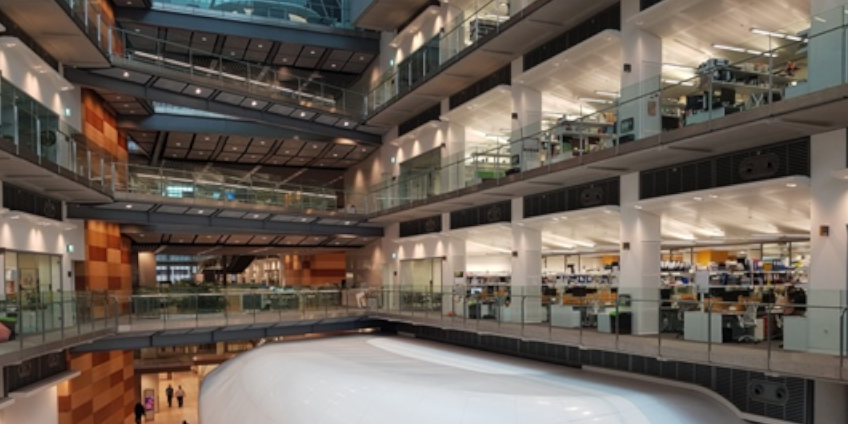 The Francis Crick Institute, ‘The Crick’, is a biomedical discovery institute dedicated to understanding the fundamental biology underlying health and disease. Its work is helping to understand why disease develops and to translate discoveries into new ways to prevent, diagnose and treat illnesses such as cancer, heart disease, stroke, infections, and neurodegenerative diseases.  An independent organisation, its founding partners are the Medical Research Council (MRC), Cancer Research UK, Wellcome, UCL (University College London), Imperial College London and King’s College London.  The Crick was formed in 2015, and in 2016 it moved into a brand new state-of-the-art building in central London which brings together 1500 scientists and support staff working collaboratively across disciplines, making it the biggest biomedical research facility under a single roof in Europe – https://www.crick.ac.uk/

As part of our Technology & Trade theme for 2017/2018, we had a rare opportunity for a private tour of ‘The Crick’ on Wednesday, 29 August.  It was a swift but sure tour by Molly Bray, the Events & Conference Co-Ordinator.  We learned that ‘salt & pepper’ is another term for ‘interdisciplinary’ and that Sir Paul Nurse doesn’t like the term ‘breakthrough’ – a refreshing insight.  By way of thanks, we sent a small donation for a lovely tour of a unique and important facility.  Another great example from this year of “London – The Science City”.