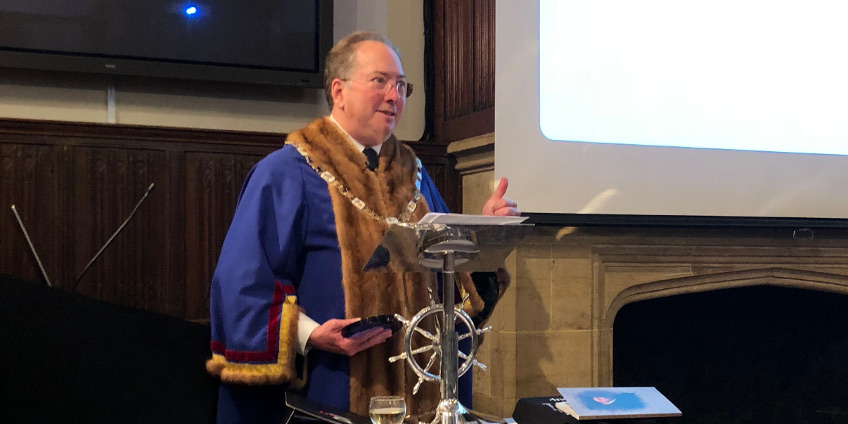 World Traders congratulate their Past Master, Alderman Professor Michael Mainelli, on his election as Aldermanic Sheriff of the City of London for the year starting in September. This is a first for the Worshipful Company of World Traders, which became a Livery Company in 2000, the first new Company of the new millennium.

Each year two Sheriffs are elected for the City of London by the Liverymen of the various City Livery Companies. The election takes place at the Midsummer Common Hall in Guildhall, which all Liverymen are entitled to attend. By convention there is usually only one nomination for Aldermanic Sheriff. Recently, there have been contested elections for the non-Aldermanic post. This year Chris Hayward was elected to play this role.

Alderman Mainelli concluded his acceptance speech at Guildhall with a promise to live by the words of Thomas Jefferson, encapsulated in the World Traders’ Company motto: “Commerce and honest friendship with all.”

The Company wishes Michael every success during his Shrieval year.