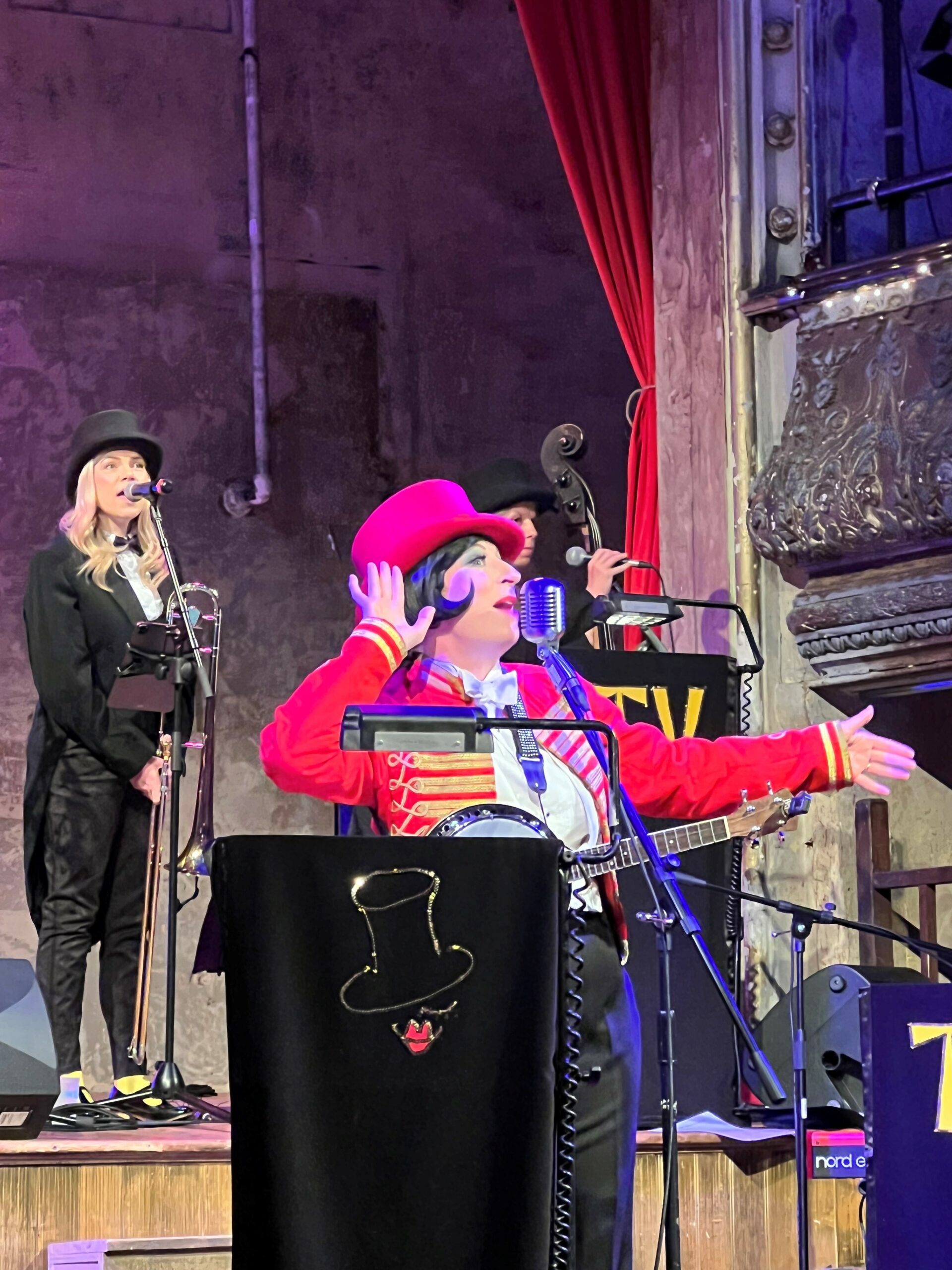 On a balmy summer’s evening, the Master invited us to join her for a bees’ knees evening of swing at Wilton’s Music Hall in the West End of the East End!

We gathered in the Mahogany Bar, the oldest part of Wilton’s, over good cheer aided by a glass of Prosecco. Here, we listened to Nathan Rumney, Box Office Manager and formerly of the Remembrancer’s Office, regale us with stories of Wilton’s varied past.

This Grade II* listed building went through an astonishing evolution from a 17th Century ale house, to a music hall in the 19th Century, Methodist Mission and rag warehouse in the early to mid-20th Century, to dereliction and decrepitude towards the end of the millennium. Through passion, hard work and support of the likes of John Betjeman, Spike Milligan and David Suchet, the building was saved from demolition, and gained funding to undergo an extended period of ‘conservative repair’, once again fully re-opening as a Music Hall to the general public in the early 21st Century.

After enjoying a range of nibbles and wandering around the jaw dropping premises, wine glasses were converted to plastic cups, brownies were scooped up, and we all re-gathered in the hall to enjoy the performance of Tricity Vogue, her ukulele and all-female swing band, as well as the antics of tap-dancing cabaret clown, Josephine Shaker.

We laughed, sang, clapped, demonstrated our proficiency at jazz hands, and finally watched as audience members took to the dance floor to show us how the Charleston is really done.

It truly was the berries!

For more information on Wilton’s, you can visit their website. 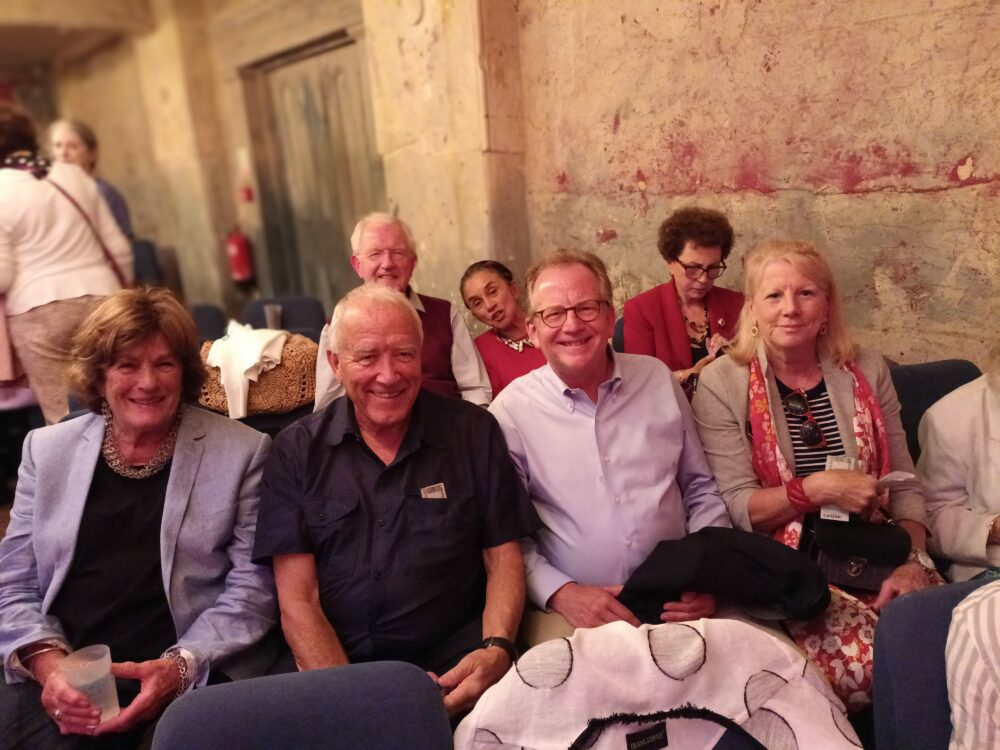