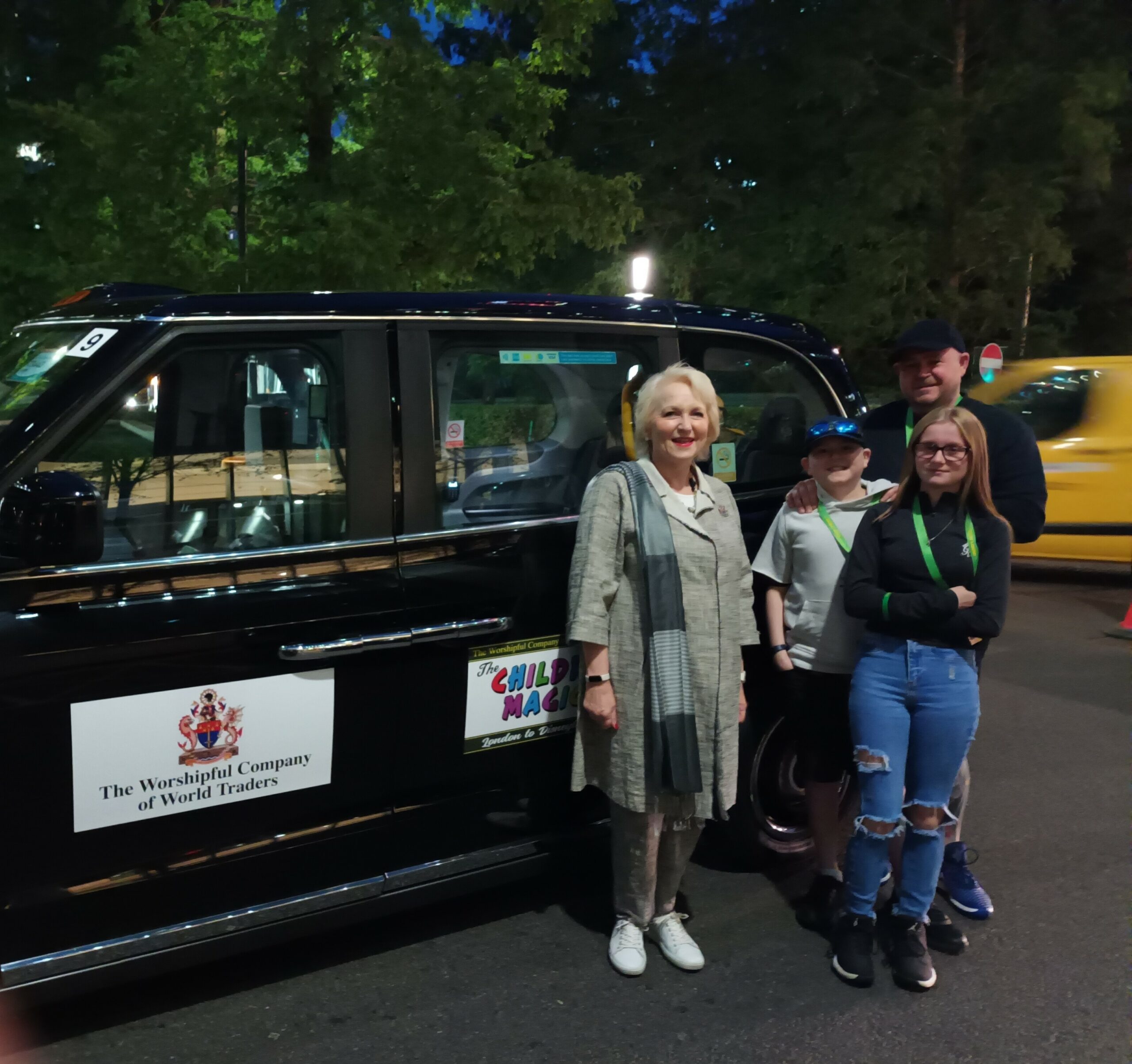 Last week, the Worshipful Company of Hackney Carriage Drivers reignited the Magical Taxi Tour, taking children living with disabilities and their families in black cabs to EuroDisney for a weekend of fun – making this the first time the event has taken place since before the pandemic!

While there was some deliberation as to whether the event should continue following the death of Her Majesty Queen Elizabeth II the week prior, the decision was made to proceed so as to not disappoint the children.

The morning began bright and early at 6am with a cooked breakfast at East Wintergarden in Canary Wharf, accompanied by the Royal British Legion Band and Corp of Drums from Romford.

At 7:20am sharp, it was time to wave off the 120 strong convoy of motorbikes and patrol cars from the Gendarmerie Nationale, as well as the City of London Police, two London Ambulances supported by medics from King’s College, the AA and support vehicles from the Hackney Carriage Drivers Company. Sheriff Alison Gowman was also in attendance to wave the children and their families off on their trip.

All the black cabs carry the logo and name of the businesses, individuals and Livery Companies which have sponsored them. In this photo from the morning, the Master stands with the cab sponsored by the Charitable Trust and one excited family and an even more excited driver, ready to set off for Paris! Well worth getting up early for.