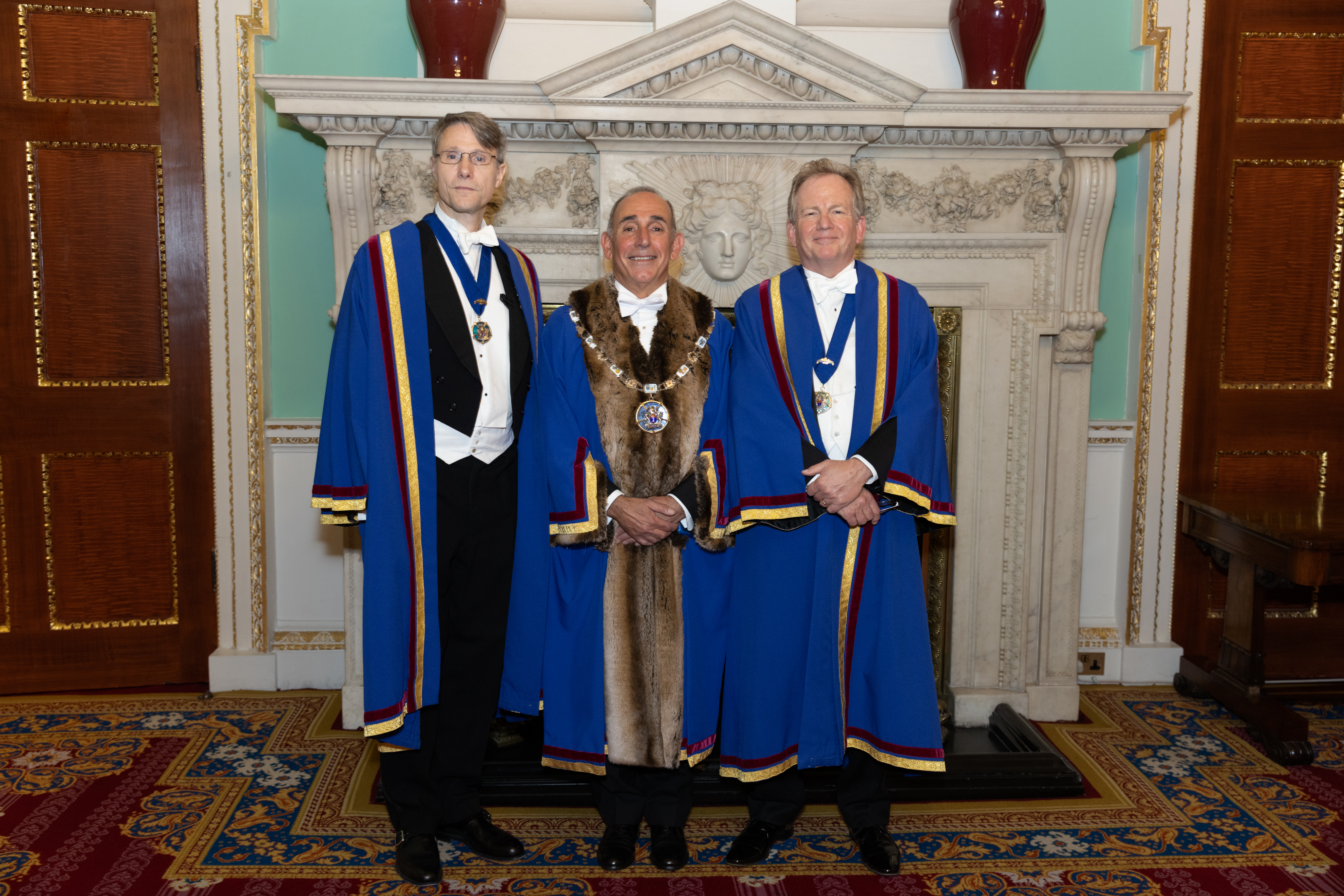 In the magnificent surroundings of Mansion House, Mary Hardy handed over her role as Master of our company to Michael Shapiro.

The evening started with the Ceremonial Court which installed Michael Shapiro as Master of the Company and Mary Hardy as Immediate Past Master. The room reflected a feeling of joy for Michael and it was also touching to see Past Master Mark Hardy, Mary Hardy’s consort, finish the proceedings by presenting a gift to Michael’s wife Jill.

The Court was packed with guests as there were many appointments! The new Wardens were appointed: Senior Warden, Michael Larsen and Junior Warden, Lars Andersen – congratulations to Michael and Lars from the whole Company!

It was a pleasure to see the appointment of a new honorary Liveryman, Sir Sherard Cowper-Coles KCMG LVO, a former British diplomat and a past speaker at Company events.

Export champion Lesley Batchelor OBE became a Court Assistant and we were all delighted to see the appointment of a new Liveryman and 11 new Freemen. The new Master was particularly pleased to congratulate our first Journeyman to be admitted as a Freemen.

So to drinks and dinner for 250 people in further beautiful function rooms of Mansion House, to background music provided by the London Banqueting Ensemble. The guests were received by the new Master in the Salon where they enjoyed fine prosecco before filing into the stunning surroundings of the Egyptian Room, flanked by 1475 (Dulwich) Squadron ATC who presented themselves impeccably.

Grace, delivered by Rabbi Helen Freeman of the West London Synagogue, reflected the multi-cultural and multi-faith nature of our Company and the City of London. The Company’s guests were the Lord Mayor of London, Vincent Keaveny together with the two Sheriffs: Alderman Alastair King DL and our own Andrew Marsden on his first visit as Sheriff to the Company, together with their consorts. Mr Peter Harrison, Master of the Fueller’s Company; Mr Nick Dunlop, Master of the Insurer’s Company; Maarja Pehk from the Estonian Embassy and the World Traders Chaplain, Reverend Katherine Hedderley.

We all enjoyed a delicious dinner of wild mushroom parfait, guinea fowl supreme and a clementine and cranberry tart before being entertained by two buglers playing the Post Horn Galop in competing style from the Egyptian Room’s balconies.

Court Assistant Nicholas Mayhew gave a warm speech welcoming the guests before handing over to the Lord Mayor. The Lord Mayor talked about world trade in his year and gave an account of his travels flying the flag for the City of London. He discussed the charities he is supporting and what he has been doing to make his theme of People and Purpose a reality.

Silence fell as the Master asked us all to remember HM Queen Elizabeth II. It was a moment to remember her loss. Likewise, for many of us, it was the first time we had sung ‘God Save the King’ earlier in the proceedings. The Master’s speech may be downloaded here.

Friendly goodbyes to table companions gave way to a stirrup cup and the end of a memorable evening.