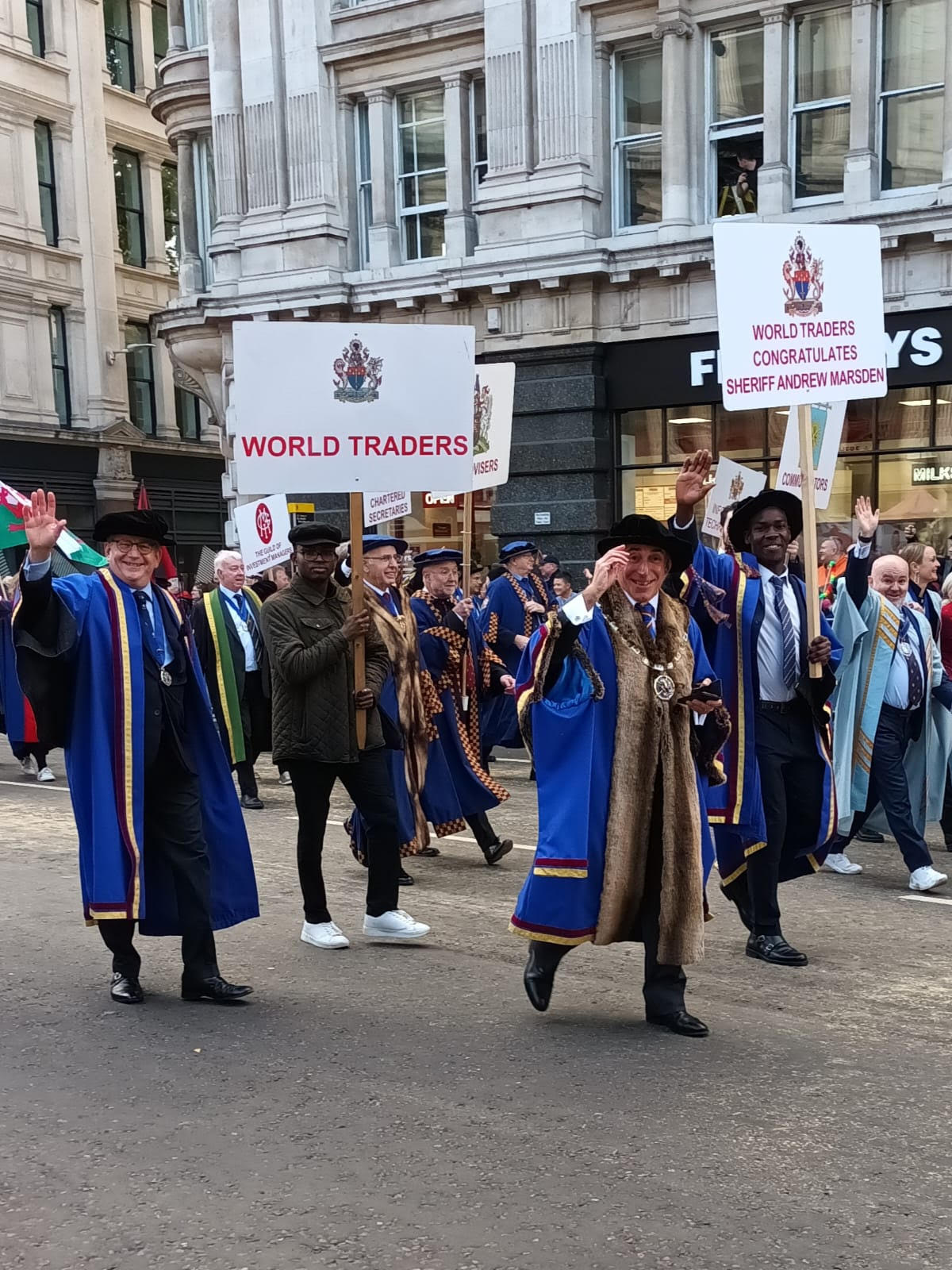 “It’s what Britain does best!” exclaimed soon-to-be Journeyman World Trader, Mohamed Daud Omar, as he accompanied me, Master Michael Shapiro & Senior Warden Michael Larsen along the historic 3-mile route celebrating all the City of London has to offer, and ushering in Nicholas Lyons as the 694th Lord Mayor of London.

Growing up, Britain’s characteristic pomp & pageantry, whether it was Trooping the Colour or the State Opening of Parliament, would always fascinate me thanks to the sheer level of organisation, skill and dedication shown by participants. The Lord Mayor’s Show, however, uniquely appealed to me due to the level of participation by members of the community and the showcase of the impact the City of London has in our communities, inspiring me to one day take part in the celebrations.

Luckily, that day came, and on a bright, sunny Saturday morning on the 12th November 2022, I was honoured to represent the World Traders on the iconic procession which dates back to the 13th Century.

Once I arrived at Farringdon, the City was brimming with life with the sound of the glorious military bands and horse hooves. The most striking aspect of the day, however, was witnessing the sheer diversity of cultures, professions, charities, causes and people which made it a truly wholesome experience.

The show is an annual reminder to the World, that at the heart of London are the amazing people that help communities thrive and advance educational opportunities to those who may not otherwise have been exposed to them. I am a grateful beneficiary of the educational element the City espouses, beginning my journey in the World Traders at the age of 16, eventually winning the Inaugural Sherriff’s Challenge where my team argued for a better distribution of the socio-economic opportunities in London. On this day, I was honoured to have held the placard congratulating Andrew Marsden on his appointment as non-aldermanic Sherriff as we passed by the stage in front of Mansion House where waved both arms up as he saw us passing. 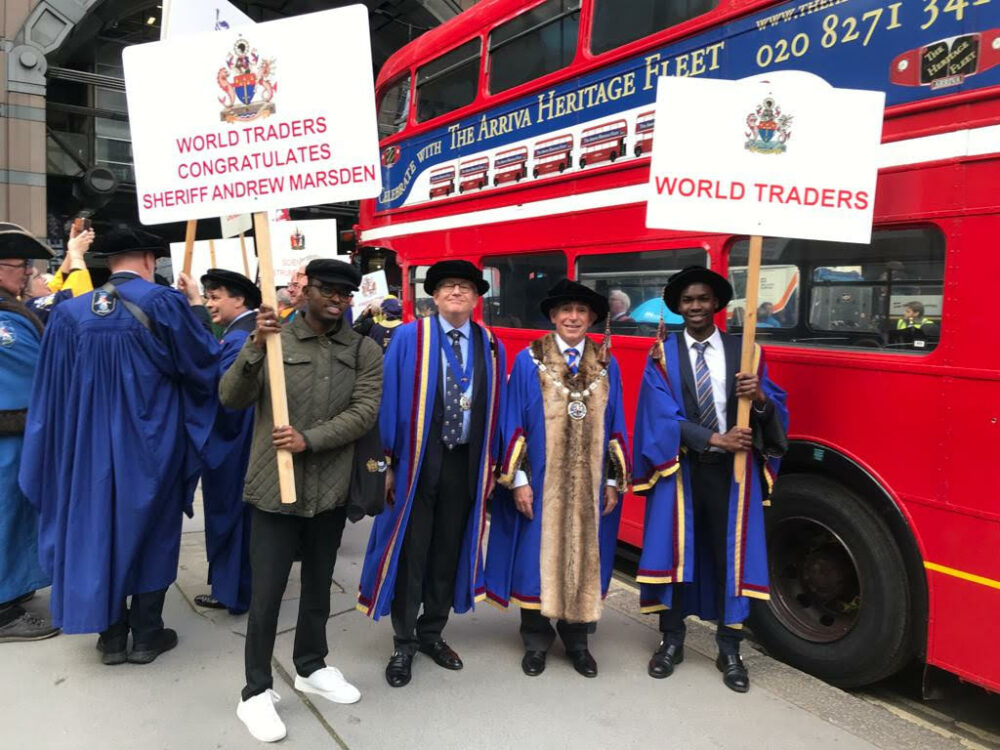 As we embraced the almost-celebrity status of participating in the show, I was struck by the level of excitement and engagement shown by bystanders. It was a tremendous turnout! We had some fun our own, playing ‘Where’s Mary?’, as we earnestly tried to pick out Immediate Past-Master, Mary Hardy in the abundant crowds. “Smile and wave boys…Smile and wave” was the motto of the day, as we showed our appreciation to the thousands that lined the streets, many of whom responded with glee to the showmanship shown by our Senior Warden Michael Larsen.

We then boarded the iconic HQS Wellington for lunch hosted by the Honourable Company of Master Mariners. “Here comes the sun, du du du du,” sung Master Michael Shapiro as we reflected on  the day. A truly wholesome fellowship followed on the deck as members from several Livery Companies came together to enjoy the moment.

It was a day that surpassed all my expectations and fills me with great anticipation for next year’s show as we look forward to the Mayoralty of fellow World Trader, Michael Mainelli.