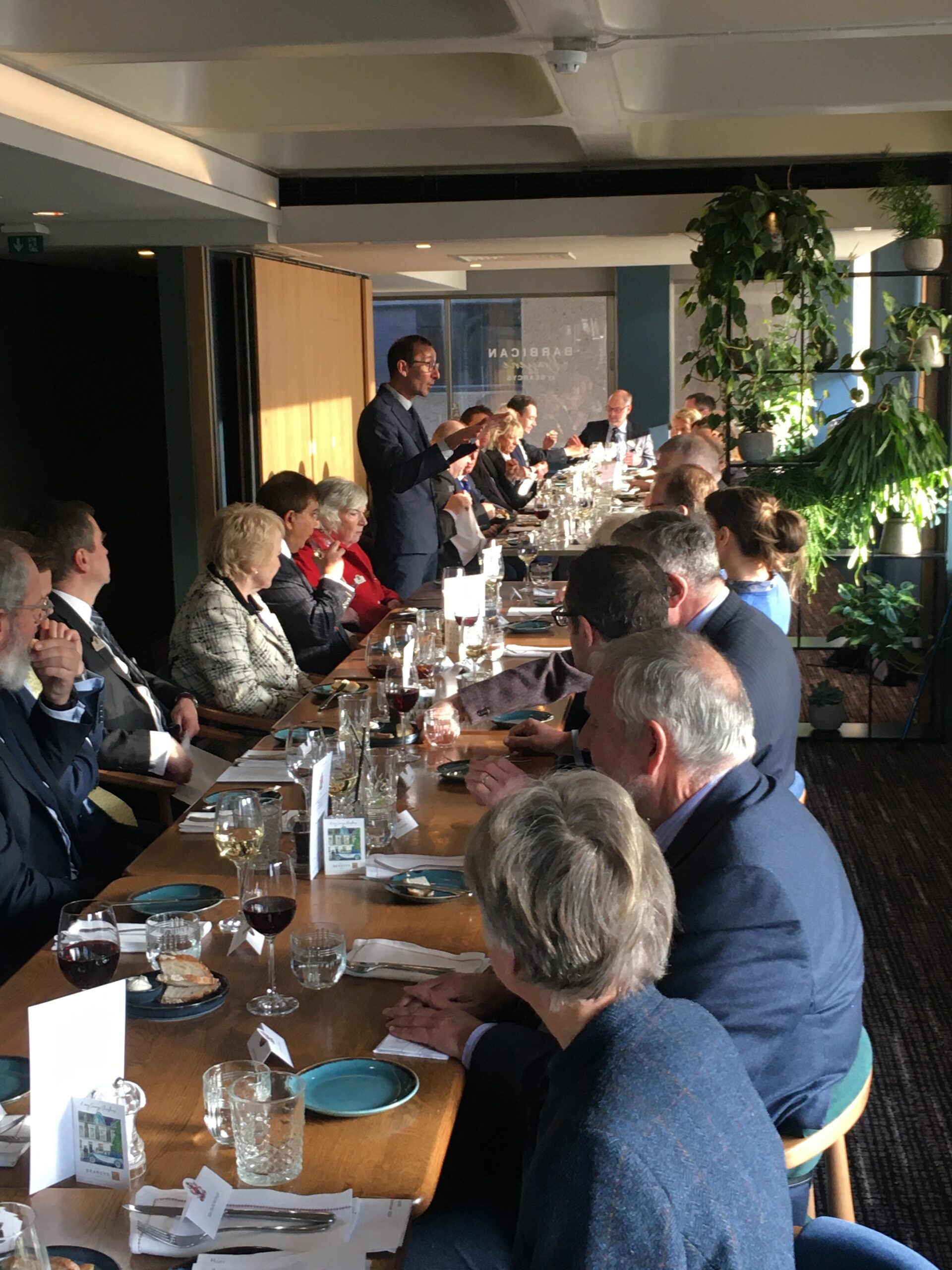 The first Business Lunch held in Master Michael Shapiro’s year recently took place at the Barbican Centre’s Osteria Restaurant. Attended by 35 World Traders, their guests, and friends from the Worshipful Company of Tax Advisors, it was a splendid afternoon of networking and stimulating discussion.

Master began the lunch by first paying tribute to Past Master Robert Woodthorpe Browne CBE who sadly passed away on 29 November. Robert’s outstanding contribution to public life and livery was central to this tribute, and it was clear that he will dearly be missed by all.

The event’s distinguished guest speaker was Mr Rob Elder, the Bank of England’s Agent for Greater London. Mr Elder joined the Bank of England in 1998 and for twelve years supported the Monetary Policy Committee as an economist and then senior manager.

Between 2010 and 2012 he represented the UK on the board for the International Monetary Fund in Washington DC, after which Mr Elder joined the Bank of England’s press office, and more recently, supported their Financial Policy Committee.

At the lunch, Mr Elder recognised the interest of all present in global trade matters, speaking to its vital role, financial markets, and the UK’s economy – including inflation and the current cost of living crisis. It was a fascinating talk, and one which many of us didn’t want to end.

All participants were then invited to a lively Q&A session. Mr Elder’s responses were thoughtful and allowed the attendees an in-depth understanding of the main issues affecting world trade and economy.

Despite the fire alarm sounding out and a brief evacuation being made, the lunch was a resounding success and enjoyed by all. A big thank you to Master and our Clerk for a truly educational experience.