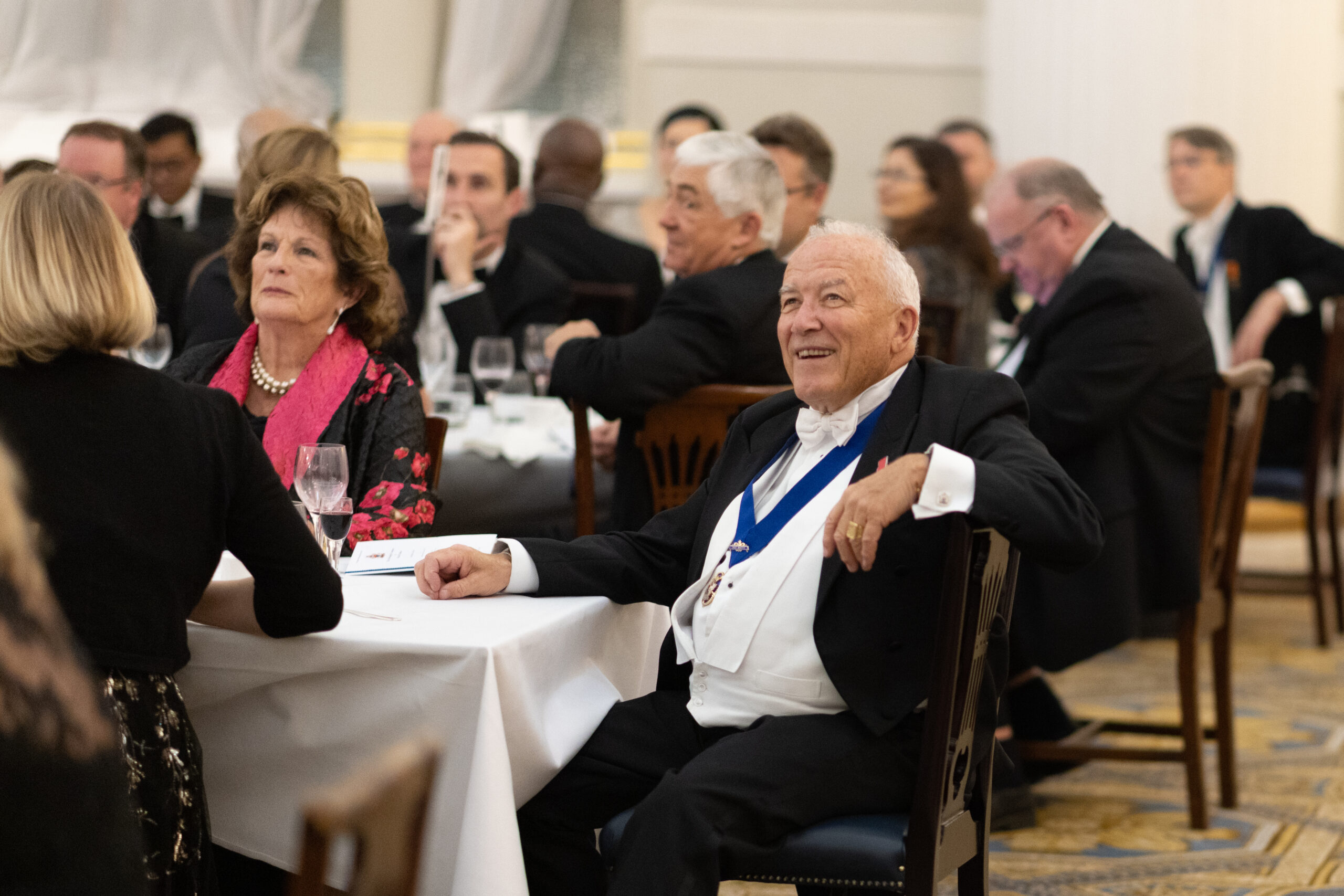 Attached here is the eulogy given by Robert’s son, Robert, at his funeral at Putney Vale Crematorium on Tuesday 13th December 2022.

The photograph, with Barbara at his side, was taken at my Installation at The Mansion House on 26th October 2022 which was the last time most of us saw Robert. When I saw Robert in early October, he kept pressing me as to whether the Post Horn Galop would be played on the night. I refused to tell him. I knew how much Robert loved this despite the dozens of times he had heard it.

I am in discussions with a number of World Traders as to how we can best remember Robert in a practical way and if anyone has any ideas, please do email me at master@world-traders.org. I will then discuss the ideas with the family.

It was no surprise to me how many World Traders from all over the London region came to his funeral, despite the snow and rail strikes.

I know that I will personally miss him in my year as Master. I met Robert on my first evening at The Little Ship Club nearly ten years ago. He chaired the interview panel that invited me to join World Traders. He admitted me as a Court Assistant in his year as Master, and took over from me as Chair of Membership and Fellowship Committee when I became Senior Warden.

I had an enormous respect – and fondness – for Robert. He was very much a mentor to me and was incredibly supportive throughout my life as a World Trader. I knew I could always email him if there was something where I needed advice and I knew I could trust that advice. He was an amazing man, like a Duracell battery, full of energy and light. From the many emails that I have received from members of the Company, I realise just how many people he had supported and helped. He loved life and World Traders in particular.

As I was walking round the Egyptian Hall at my Installation, I caught his eye. He had that look of a proud father. I am so glad that he was there. He was enormously popular in the Company, and we will all miss him greatly.

On behalf of The Company, I send our sympathy and warmest wishes for many happy memories to Barbara, Robert, Max, Emma and all his family.